We would first like to say, from the bottom of our beaver hearts, Thank You.

This year has been an absolute roller coaster to say the least. To note, the road to senior technician is about a year long with junior status being awarded after six months. In the beginning of the year we had just had our first holiday season and our first major order volume push. We would have been able to handle this fine however in January alone we had lost both of our senior technicians and a junior technician, one we had to let go, one left to chase his dream, and one we lost to sickness. At this point we were just drowning in orders and we did not have the manpower to bounce back. Realizing this, we brought on four fresh employees who began their training in February and we were hoping that this would be enough. As the year went on, we began to have more and more exposure as the community started talking about our work and professionals took notice of us. In the beginning of the summer we had gone to our first big Smash event and learned a lot about what we could and couldn't handle when we had senior technicians out of the office. A few weeks later we lost another two junior technicians, one of them was out of commission due to hand surgery and the other we lost to League of Legends (Riot pls).

Nearing the end of summer we had hired another five new technicians to cover our recent losses and we went on a hiatus to shut down our website for some much needed maintenance, with traffic levels nearly tripling themselves since the beginning of the year we had gotten professionals to streamline our site and organize our assets. We thought with our new technicians being trained we would be caught up enough and ready for the holiday season this time, but we have never been more wrong. At the end of August we were actually making really good time, our technicians were doing well and we were slowly but surely catching up (going from 30 business day build time to 14 business days in the span of a few months). At the end of August however our popularity had caught up to us, and our order volumes soon began to double and then triple. In the beginning of the year we were seeing order volumes of about 300-350 a month. When we came back from our hiatus we had 350 orders alone in the last week of August. In September and October we saw order volumes of more than 700, and in November we had an awe-inspiring 1,160 orders placed. Since then we have already hired three more technicians and we are planning on hiring three more. Needless to say we are both excited and terrified for what the new year will bring, we are still a very young company and we know that we still have much to learn. Moving forward we are restructuring how we handle our building process and our customer service, we know that it has been a long time for some of you to receive your controller and we promise that we are not only going to build faster, but also be as transparent as we can with the building process. We know that much of our work seems like magic behind the curtain, but it is in fact more like Santa's workshop. We have a lot of fun new toys in our sleigh that we are hoping to unveil next year, so stay tuned to our Twitter to hear all of our announcements!

Thank you to our haters who we strive to prove wrong, to our families and friends who love us, and to customers and fans who support us because none of this would have ever been possible without you. Never in a million years would we have imagined that our work would make such an impact on the gaming community or that we would have so many people yelling at us for a controller. Whether you're a professional, a weekend warrior, or a couch casual... whether you own one of our controllers, know a friend who does, or watches a streamer who shouts us out... You have all contributed to what has made this company succeed. We truly are nothing without you and we are ever-grateful that you stand by our side while we continue our work. This year has truly been transformative for us and we are doing everything we can not to let you down.

The Amarillo Enterprise Challenge is a local competition among budding entrepreneurs that awards a total of $500,000 to deserving recipients who have an amazing business idea (max $100,000). Entering the arena at the ripe young age of 29, owner Chris Bailey had already established Battle Beaver Customs the year of the competition. Upgrading from a Facebook/Craigslist service out of the second bedroom of his house to a bonefied business with a 700 sq. ft. office space, Chris had established Battle Beaver with just himself and one other technician. Throughout 2015, Battle Beaver would go on to fill all of that space by hiring and training four more technicians and one support staffer. Foreseeing future growth, we accepted the challenge in hopes to use the money to expand into a new office for 2016. 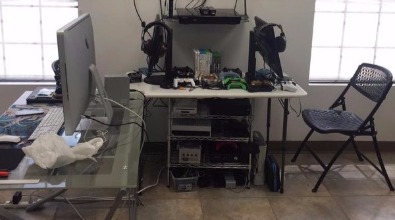 Pictured is our "lobby" in the old office, it took up approximately one/third of the total space and it is here that Battle Beaver got its humble beginnings. What use to be a massage parlor, this space would exceed capacity with a bathroom, a kitchen area, an inventory/order queue room,  a testing station, a shipping table, 5 technician desks, a support desk, and the master desk. During our stay here only one person at a time could fit into the inventory room, our home buttons/squid grips/dome sticks were created and applied on the kitchen counter, and our shipping table consisted of a 2x4 picnic table.

The new office would be located just down the street form the old one, but there sure is room to grow here. Measuring two office spaces at a total of 4200 sq. ft., we thought we would have more than enough space to last us for the next few years. Taking over an old jewelry store and hair salon we spent a majority of January getting the offices ready for use, tearing up old tile and repainting everything. At the end of January we had our big move, utilizing two trucks, a trailer, and a minivan we had moved over the entirety of the old shop in one night. For a long time we kept having customers believe that we were some large corporation with endless resources and money to poop controllers, so we took this video of our new shop to showcase just how small we are in relation to our competitors. Please note that this video is now outdated, we've since tripled in technician size and we have an additional nine full technician desks spread throughout the shop. 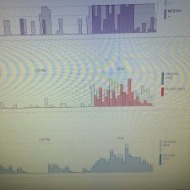 Taken on July 22nd, this picture depicts that moment when too many people try to access a website and it crashes, showing the tactical nuke-like behavior of when you sign on a major Call of Duty professional player like Parasite.  Little did we know, this is would turn out to be the snowball at the top of the mountain that would bring us to where we are today. 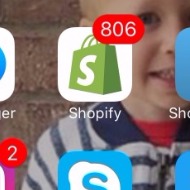 This picture of our open order count was taken on Nov. 23rd. Little fun fact, the 806 area code encompasses most of the Panhandle region, our little slice of West Texas. We knew that the holiday season this year was going to be the largest we have ever seen, but that never prepared us for what was about to happen.

Why we are behind...

This is our order stack as of 12/10/2016, commonly referred to as the infamous "queue" most of our customers are in. We provided a controller for scale (sorry, no bananas on hand) to give a sense of the 1383 orders we currently have placed. To a large corporation this may seem like an ordinary number, but for the fifteen technicians and three support staff that work their magic around here it's a dream/nightmare come true. At one point in August during our vacation, we had actually brought our order stack down to double digits! But everything changed once Call of Duty XP attacked... 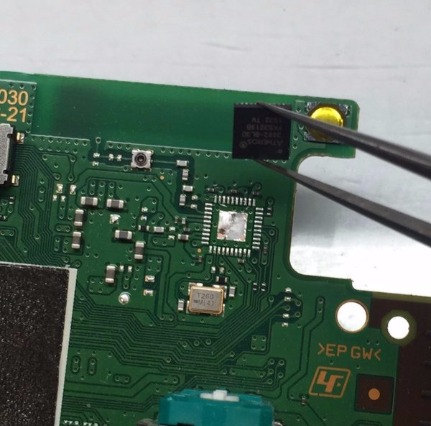 Researching how to manipulate the Bluetooth chip on the JDM-30 controller to transmit data over a wire, this would prove invaluable when the Bluetooth Fiasco of South Carolina would threaten competitive PS4 Call of Duty. 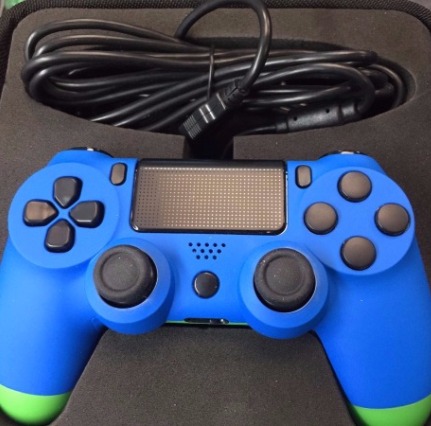 We developed a partnership with CronusMax to eliminate Bluetooth interference during professional tournaments, saving the 2016 Call of Duty season. Shown is one of our custom hard-wired PS4 controller, the only first-party controller to ever be modified like this. 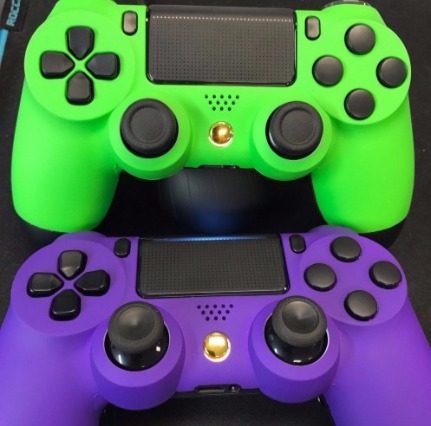 We worked with professional players to be the first custom controller company to support the new PS4 Slim controller, offering all of our modifications on it including our smart triggers, increased tension, and hard-wire modifications. We are the only company that will have our JDM-40's at the premiere Infinite Warfare event.

The Introduction of Racer Triggers:

We realized some time ago that our Smart Triggers did not help when it came to driving games such as Rocket League or Forza, so to accommodate our fast and furious beavers we brought you these! The two technicians responsible for this controller have personally pushed the modification envelope specifically for racing games. While playing, one of our technicians realized the importance of slower movements but still wanted the click of the smart trigger for all-out acceleration. After some experimentation with utilizing the pull of the trigger rather than outright replacing it with the click, Racers were born. Racers combine the best of both worlds, pulling to approximately 60% before initiating the smart trigger click. Racer Triggers are the perfect blend of variable and pedal-to-the-metal input, allowing the ability to slowly accelerate in-game and hit the full throttle sooner. 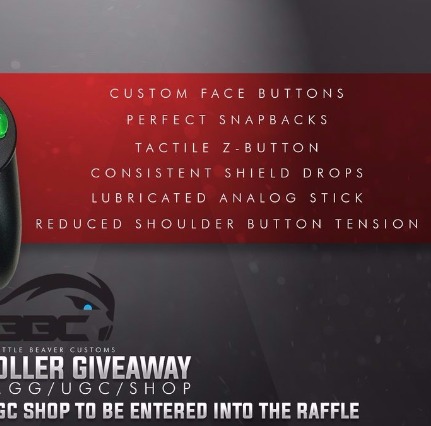 From our shield-drop modifications to our tactile z-button, our GameCube modifications have garnered the support of Professionals and Tournament Officials alike. Stay tuned next year for more! 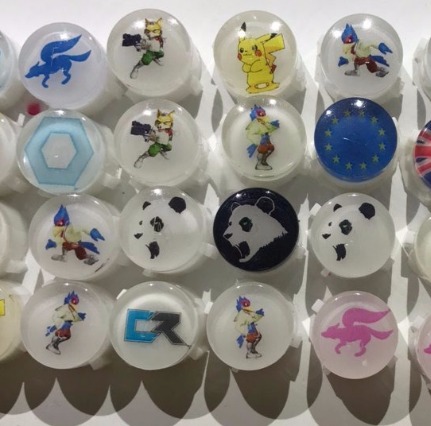 We did not know the sleeping giant that would awaken from showing people our custom buttons. The community has spoken and we will be making much more soon to come! Follow us to events next year for commemorative event buttons! 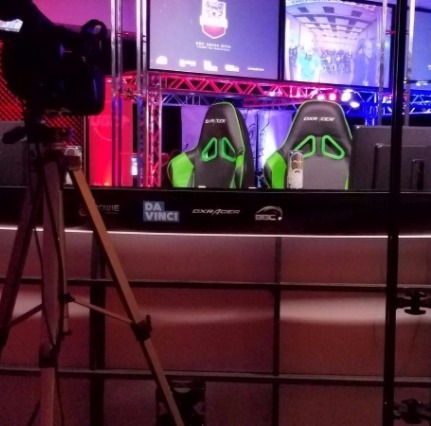 Our first sponsored national! We absolutely love going to these events and showing off all we can do, we wish we can be invited to more in the future! We will only be doing certain modifications at these events, so make sure to go if you want cool stuff like this in your controller!

The Birth of Buster: 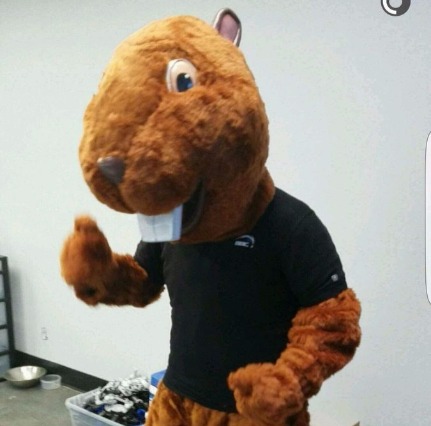 We welcomed Buster the Battle Beaver this year into our family. He will be our official mascot for the foreseeable future, he loves to meet people at events! 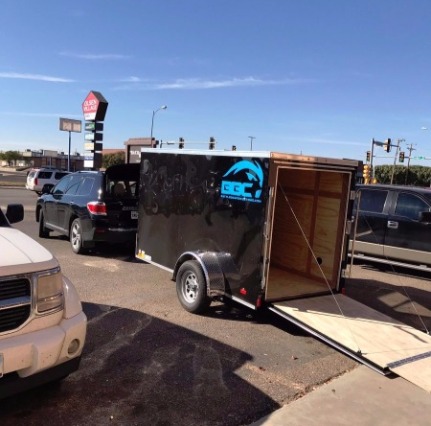 Our brand new trailer for carrying all of our equipment to events! Buster likes to stay here while travelling from place to place. 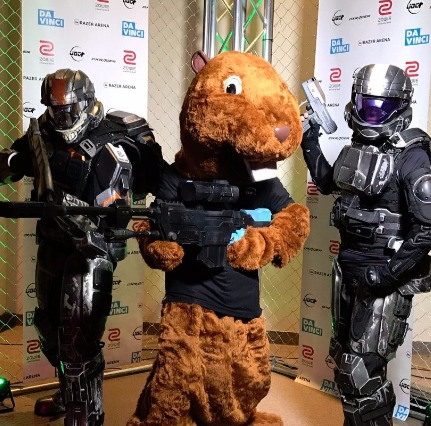 They grow up so fast! Here he is hanging out with some 105th Helljumpers at the UGC: Halo event in St. Louis